A few things writers have said about short stories:

Short stories have been called a "hand grenade of ideas" (Paoli Bacigalpi), "soft shadows … set out in the world" (Haruki Murakami), and "a shard, a sliver" (Will Self)

"I love short stories because I believe they are the way we live. They are what our friends tell us, in their pain and joy, their passion and rage, their yearning and their cry against injustice."
~ Andre Dubus

"A short story is the ultimate close-up magic trick – a couple of thousand words to take you around the universe or break your heart." ~ Neil Gaiman

"I want my stories to be something about life that causes people to say, not, oh, isn't that the truth, but to feel some kind of reward from the writing, and that doesn't mean that it has to be a happy ending or anything, but just that everything the story tells moves the reader in such a way that you feel you are a different person when you finish."  ~ Alice Munro

No Strangers to Pain

A collection of twenty-one stories of flawed, everyday people just trying to make it through life. 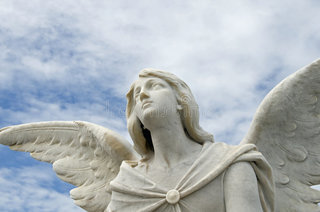 At the grocery story one day, I witnessed a struggling old lady and wondered what her story was. "Louise's Angel" was the result. And Fewer Than 500 published it.

While at a local coffee shop one morning, I overheard some middle-aged women laughing and telling stories about their experience with testosterone." "Boost Your T," my first fiction publication in Foliate Oak was the result.

"Tough Old Bird" was inspired by a trip to the dentist. My hygienist told me a story about a previous patient and his dad, an ornery old codger. This was what I did with it, and Mosh Lit liked it. You need to scroll down to the fifth or sixth story.

Inspired by the Rohyinga genocide in South Asia:

"Suddenly Keira couldn't stand it. Not for another minute. The stench of the camp, the smell of fetid latrines and human sweat that insinuated itself into her nostrils. The crush of people, fighting one another for food, for water, for medical care. The lack of privacy. The heat, the unbearable humidity, always wearing damp clothing, always feeling dirty. She couldn't bear any of it, not for a second more. It was too hard."

Inspired by the immigration crisis at the border, specifically unaccompanied refugee children"I start to lose it at that point, crazy emotions pinging inside of my head, ripping my guts apart. My eyes fill with tears, and my voice chokes in my throat. Then rage fills my belly. I want to punch the guy in the suit who ordered us to move along when he saw us watching that small drama unfold. How can the people running this place be so heartless?"
--Children, Untethered, Across the Margin

Helping a friend who'd lost a sister to a drug overdose led me to write this story: "That's because we never spoke of him again after he was killed. Grandma disintegrated after that, and my father had already left. Nobody ever told Jed and me 'don't mention it,' but we knew. It devastated Jed. They were only a year and a half apart. Best friends."
"Wow, your family was chock full of secrets, wasn't it?"
--Not Everyone Can Be Saved, Pikekr Press